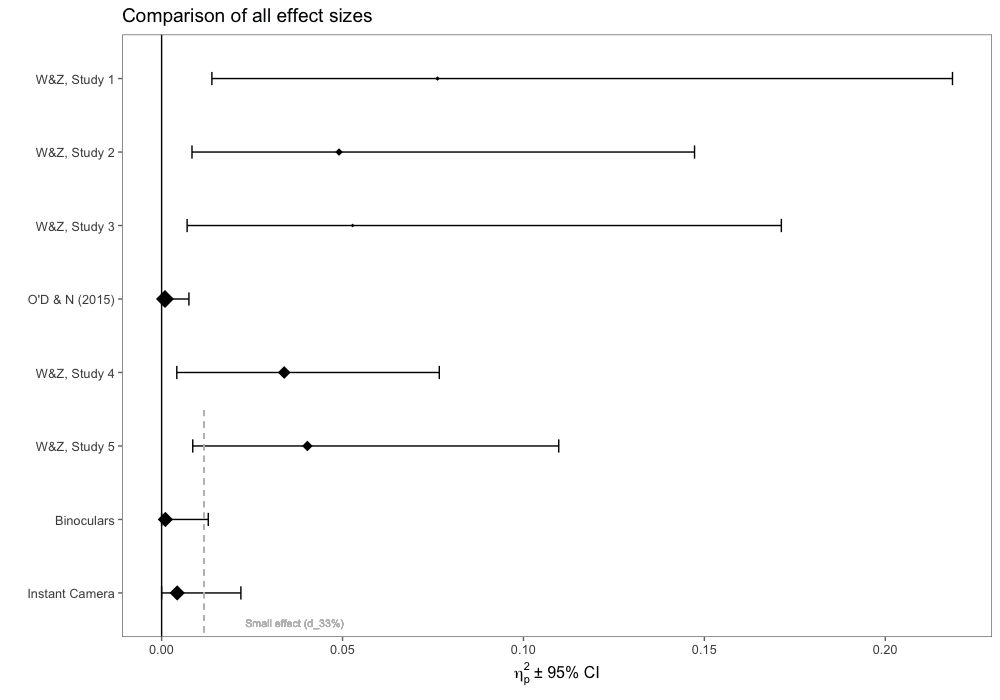 In a recent post, I mentioned a replication study we performed. We have now finalised the manuscript and uploaded it as a pre-print to PsyArXiv.

Target of our replication was an article by Wadhwa & Zhang (2015) in the Journal of Consumer Research. They reported five studies on the “Rounded Price Effect”, which says that the roundedness of a price affects the purchase likelihood of the product depending on whether the context is dominated by cognitions or emotions. In our pre-registered direct replication, we tried to replicate the effect and the mediation proposed in study 5. The authors postulated that the “Rounded Price Effect” is mediated through a “sense of feeling right” when evaluating the product.

The abstract of our pre-print, which you can find here at PsyArXiv:

How does the roundedness of prices affect product evaluations? The ”Rounded Price Effect” (Wadhwa & Zhang, 2015) postulates that depending on the context, rounded or nonrounded prices increase the purchase likelihood of consumers. The study presented here is a replication attempt of these findings and the proposed mediation of the effect through a sense of ”feeling right” when evaluating the product. p-curve analysis and the R-Index are used to assess the robustness of the originally reported statistics since original data was not available. A pre-registered replication of study 5 from the original article was conducted in a sample of N = 588 participants. For both the original product and one alternative product neither an interaction between price roundedness and context, nor a mediation through ”a sense of feeling right” was found. Our results suggest that the effect is either smaller than originally reported or contingent on other, not investigated factors. Further studies might investigate contingencies in larger samples.

All data, material and R scripts are openly available at the OSF.

We were not able to either replicate the Rounded Price Effect nor the mediation. We show this through comparing the results of frequentist tests, effect sizes (see image above) and Replication Bayes Factors.

Update (26.07.2017): We have updated the pre-print at PsyArXiv. While we have updated the language to better convey our intention and the rationale of our replication attempt, we have also updated the reported meta-analytical results (p-Curve and R-Index) after Uli Schimmack send us his recommendation regarding the selection of tests. (See update below. The results from p-curve and R-Index are overall to be considered inconclusive.)

Update (27.02.2018): After a round of reviews, we have again updated the pre-print at PsyArXiv. Nothing substantial about our conclusion has changed, but we corrected the interpretation of the p-curve results. It now reflects, that the p-curve is inconclusive about the existence of bias through selective reporting and “p-hacking”.